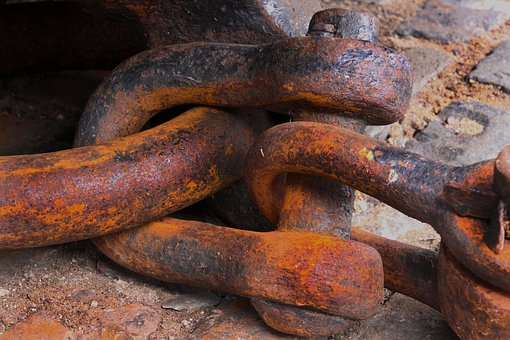 Have you been feeling “off” recently for no discernible reason?  Feel like you’re doing everything right but still not 100 percent?  These symptoms shouldn’t be ignored. If you’ve been eating well, getting regular exercise, and sleeping for seven or more hours a night but still feel fatigued, the problem might be due to an increasingly common issue today – toxic heavy metal exposure.

Toxic metal exposure has risen dramatically in the past fifty years because of an increase of environmental pollutants. You might come into contact with these chemicals from processed foods, personal care products, degrading water pipes, or even your profession. Welders, lab workers, photographers, and engravers all experience a higher risk of toxic metal exposure. Even newborn babies are exposed to almost 300 toxins from their mothers, which can lead to long-term health problems.

If you want to reclaim your health from debilitating symptoms of toxic heavy metal exposure, the first step is to undergo testing to the confirm that it is the cause of your problems.

What is Heavy Metal Toxicity?

Heavy metal toxicity is a condition caused by overexposure to damaging metals, either from your diet or the environment. While your body needs certain metals like iron and zinc for your organs to function properly, it can’t metabolize most others, meaning that exposure causes these metals to build up in your fatty tissue over time through bio-accumulation.

Heavy metal toxicity can be caused by a one-time exposure to a high concentration of toxins or from chronic exposure to them at low concentrations. Regardless, if these metals build up to unsafe levels in your body, they can cause you to feel ill and exhausted, and they can contribute to a range of neurological diseases like Parkinson’s or Alzheimer’s. 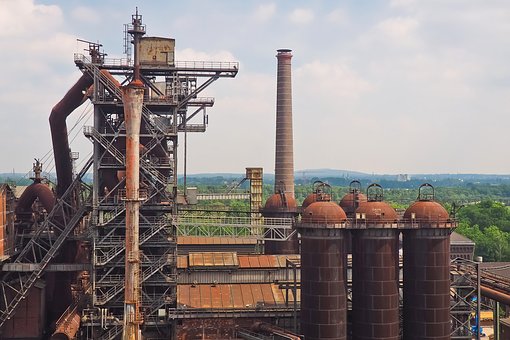 Which Heavy Metals are Considered Toxic?

From my perspective, there are four main heavy metals that you should be most concerned about for your health.  They are mercury, arsenic, lead, and cadmium.

Though it’s common knowledge that fish today often have high concentrations of mercury, most people are clueless about how dangerous this metal actually is. Mercury tends to build up in your body’s fatty tissues, so avoiding mercury exposure needs to be a top priority.

Toxic to the nervous system and most of your organs, mercury exposure can lead to headaches, inexplicable dizziness, both drowsiness and difficulty sleeping, weight loss, loss of coordination, and digestive problems. Over time, it can lead to high blood pressure, depression, memory loss, and even organ failure. Pregnant women are especially at risk, as mercury exposure has been linked to birth defects.

While mercury-filled thermometers have long been banned, you can be exposed to mercury in a variety of ways today, including shellfish, air pollution, pesticide-laced crops, fluorescent lights, and even dental fillings. In fact, a study from Norway found that 47 percent of dental patients with mercury-laced fillings suffered from major depression, a common symptom of heavy metal toxicity.

The Agency for Toxic Substances and Disease Registry (ATSDR) lists arsenic as the number one cause of heavy metal poisoning, and for good reason. This highly prevalent toxic metal is common in groundwater that’s been contaminated by environmental pollution, and it’s released during the manufacturing process for metals like copper and zinc.

Arsenic is also a key ingredient in many insect repellants and is even used to improve the colour of commercial chicken meat. Common symptoms of arsenic poisoning include abdominal pains, red blood cell destruction, and even death at extreme doses.

The merit of avoiding lead paint is common knowledge, but there are other ways that you are inadvertently letting lead into your life. Even just one minute of exposure to high concentrations of lead can cause it to start attacking your brain cells in ways that can lead to long-term intellectual disability, attention deficit disorder, and even comas or death.

Children are especially at risk of lead exposure. 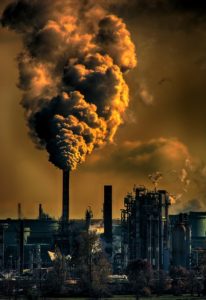 In the 1940s, this soft metal was used to solder pipes and drains together in home construction, and lead is present in a variety of daily objects. Look closely at what’s in your paint cans, water pipes, batteries, hair dye, and tobacco smoke. Lead can even be present in children’s rubber toys, making them an unsafe option for kids.

Your regular diet may be exposing you to one of the most toxic heavy metals, cadmium. 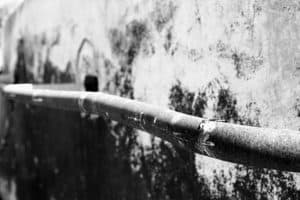 Many of the world’s agricultural regions rely on phosphate-based fertilizers or sewage sludge for fertility, which can put trace amounts of cadmium into the soil and

water system for fish and plants to absorb. Other sources can include art supplies, air pollution, mining

How Do You Know if You Have Heavy Metal Toxicity?

Determining whether you are suffering from heavy metal toxicity is the first step towards treating it. There are two main types of toxicity: acute and chronic. Acute symptoms tend to be the easiest to diagnose because they come on quickly after exposure. These symptoms can include:

In contrast, chronic exposure builds up over time, making it easy to confuse the symptoms for other conditions. However, because toxic metals can prevent your body from absorbing the minerals it needs, the symptoms can significantly worsen over time.

6 Tips for Improving Your Health After Heavy Toxic Metal ExposurE

1. Stay Away from BPA Plastic

Plastics are taking over the world, and this isn’t good news for your health. BPA plastics are known for causing a myriad of health concerns, including heavy metal poisoning. To stay safe, check your plastic containers and water bottles carefully, and keep away from anything that isn’t labeled BPA free. If you struggle to find suitable plastics, opt for glass, silicone, or even bamboo materials instead. 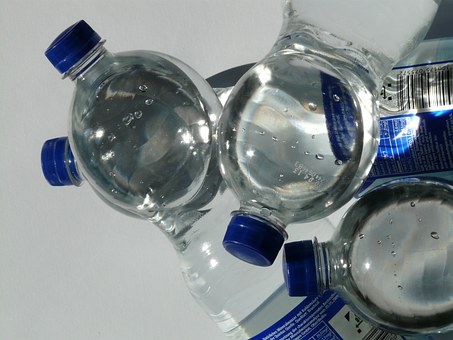 A disproportionate amount of heavy metal toxicity comes directly from your food, so cleaning up your diet can dramatically limit your exposure. Generally, it’s a good idea to  have a diet that is focused on fresh, whole foods that are rich in antioxidants and preferably grown organically, as synthetic fertilizers can be to blame.

If you are especially sensitive, avoiding seafood is also a good idea, as many types of fish are high in mercury. Try to avoid large species with long lifespans like swordfish and tuna, as they have more time to absorb mercury into their bodies before you eat them. Likewise, it’s better for your body to avoid canned foods, as they can contain a surprising number of heavy metals.

Because bentonite clay naturally has a negative charge, it can attract and absorb positively charged metal toxins in your body, allowing the clay to pull pollutants out of your skin. The effects for your health will be modest, but using purified bentonite bathing clay in a hot tub can make a difference in the overall level of toxicity in your body.

As strange as it sounds, this unhealthy form of sugar should be avoided for another reason- it often contains mercury. Limit your exposure by reading labels carefully and avoiding food that contains this dangerous ingredient.

While fats tend to have a bad reputation today, your body depends on them for almost every biological process. Omega-3 fatty acids are particularly helpful for detoxifying heavy metals from your cells, so add eggs, flaxseeds, and chia seeds to your diet to boost your intake. 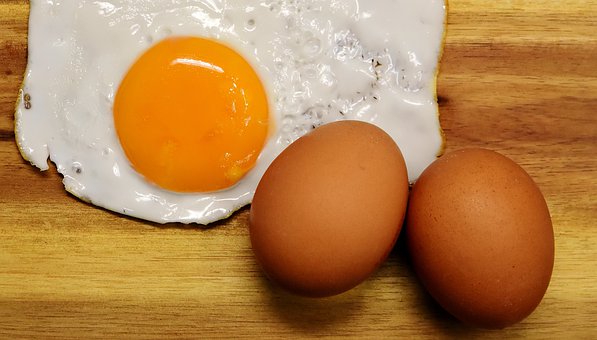 Aging pipes often lead to heavy metals in your tap water. To keep them out of your body, consider installing a water filtration system that strains them out before you drink them. Regardless of whether you fit a filter directly to your tap or just use a filtered pitcher, your cells will benefit from  it.

While these remedies will go far towards removing heavy metals from your body and alleviating your symptoms, it’s essential to visit a specialist for any concerns that you have about heavy metal toxicity.

If you think you have heavy metal toxicity, please make an appointment at The Dempster Clinic- Center for Functional Medicine . We offer a provocative toxic metals test for accurate analysis.

Please contact us if you are experiencing any of the symptoms listed above so that we can work together to determine what is causing your health problems.

For all first time patients, I am pleased to offer a Complimentary 15-minute Discovery Session. During this session, we will discuss your health goals and how you can benefit from our services. To make things easy for you,  this session can take place over the phone or in person at the clinic.

Please consider scheduling an appointment today! I look forward to working with you soon. 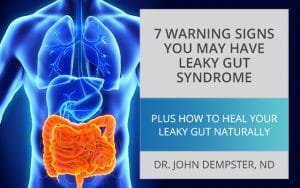 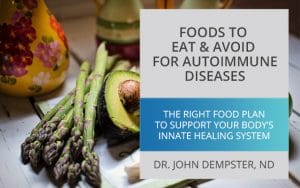 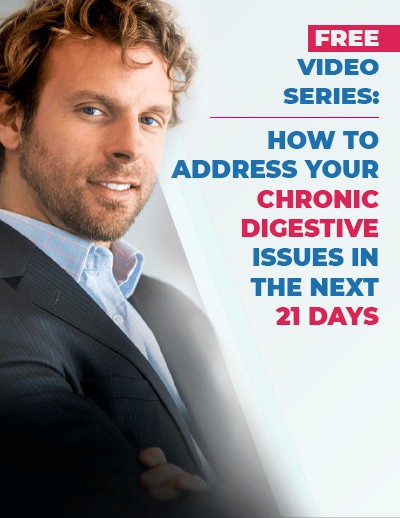 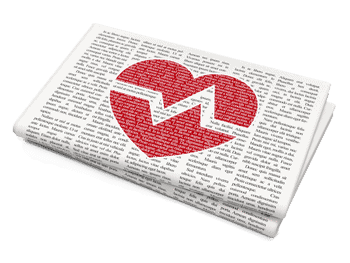