How to fight a hangover 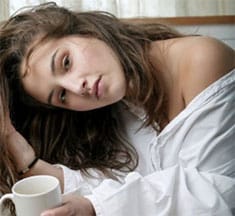 How to fight a hangover. Between stress, families and work parties, showing restraint can be tricky at this time of year. Three experts share their tips on surviving the day after – headache, nausea and all.

There are two major reasons why we get a hangover, says Tristaca Caldwell, a dietitian and owner of Fueling With Food in Halifax. “The first is dehydration,” she says. “The second is a buildup of acetaldehyde, which results from the breakdown of alcohol in your body.”

To alleviate the pain of a hangover, it’s important to drink plenty of water (and other fluids, like fruit juice) when you first wake up and continually throughout the day. The diuretic effect of alcohol means that you’ll also lose electrolytes and potassium – you can restore these by eating antioxidant-rich fruits like strawberries, blueberries and bananas, which reduce the inflammatory response of alcohol. “I always recommend freshly grated or pureed ginger,” she says. It detoxifies the liver and helps repair the organ that has been working in overdrive all night long. “It also decreases nausea,” she adds. Finally, force yourself to exercise – it speeds up your metabolism and encourages sweating, which helps clear out the rest of the alcohol. Keep it simple, though: Try low-impact activities like walking and low-resistance weight training.

If you’re suffering from a painful hangover, the first thing you need to do is rehydrate with water and mineral-replenishing sports drinks, says Craig Whistance-Smith, a pharmacist in Etobicoke, ON. But not all fluids are good. “I would completely avoid coffee because it is actually a diuretic and leads to increased urination,” says Whistance-Smith. “This means that your body is going to have a harder time trying to compensate for the dehydrating effects of alcohol.” Ibuprofen can be helpful when it comes to dulling the pain, but it should be taken with food because it has a tendency to irritate the stomach when taken alone and may increase the nausea that you’re experiencing. “Avoid any over-the-counter pill that contains acetaminophen,” he says. “Because your liver is busy trying to metabolize alcohol, the acetaminophen can actually be toxic in this state.” To quell the queasiness, try Gravol – but only if you have a few hours to crash: It may accentuate the drowsy effect of alcohol.

“When you’re dealing with a hangover, you’re trying to stimulate your liver and replenish the water and nutrients that have been stripped from the body,” says Dr. John Dempster, a naturopathic doctor in Toronto. His at-home remedies include rehydrating your body with plenty of water and replenishing lost nutrients and sugar with real fruit juices and smoothies. Dempster also suggests taking liver-detoxifying supplements like milk thistle pills, glutathione and dandelion extract mixed with water – all of which help promote recovery. As for his in-office curative cocktail, “After some preliminary blood work, I place patients on a safe IV vitamin therapy drip,” he says. These customized vitamin- and nutrient-infused bags include a combination of magnesium, calcium, zinc, B-vitamins vitamin C and amino acids – this method bypasses the digestive system and moves straight into the circulatory system so that it’s delivered to the cells quickly. (The 30- to 45-minute treatments range from $95 to $120 per session.)

Blend a nutritious smoothie to cure what ails you. Tristaca Caldwell, a dietitian and owner of Fueling With Food in Halifax, shares her favourite recipe:

Blend together. Add a touch of honey for sweetness if you prefer.

Will make 2 big smoothies. Serve with a side of scrambled eggs for the ultimate hangover fighter (smoothie is high in antioxidants, potassium,omega-3’s, and ginger which is a liver detoxifier and nausea fighter).